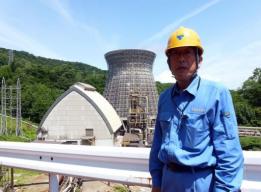 A new geothermal power plant on Japan’s southern island of Kyushu is expected to mark the beginning of a revolution for geothermal technology in the country.

The plant, to be sited at Kumamoto prefecture, will be the first such facility to be built in Japan for 15 years, and the Japanese government is monitoring what is hoped to be the first act in a geothermal power boom, with over 60 other sites being eyed for their suitability.

While initial projects are relatively small it is hoped that the initiatives will inform the deployment of larger constructs at a later date.

The Kumamoto plant is being developed alongside the local company Waita-kai, in the small hot spring resort Oguni, with a planned maximum output of 2,000 kilowatts to cater for 1,500 households.

Japan, with its high level of seismic activity is known to be ideal for geothermal power. The project has been masterminded by the Chuo Electric Power Co, which has set up a dedicated company devoted to geothermal activities and plans to open five further plants over the next five years.

Other projects are expected to follow. These include Toshiba and Orix, who set up a joint geothermal power generation company last November with the goal of opening their first project in a hot spring area in Gifu prefecture next year.

“It is much better for nations to have their own energy resources in terms of national security, and geothermal is a domestic and abundant energy source in Japan,” Masaho Adachi, geothermal energy expert and former chairman of Japan Geothermal Developers Council told the Telegraph.

“Even though its contribution to Japan’s electric demands may be very small, it is valuable if it helps the understanding and familiarity of large size geothermal plants which are currently undergoing exploration and development.”

Japan is famously one of world’s most seismically active nations, with its geothermal resources estimated to be able to generate as much as 23 million kilowatts of energy, the third largest amount in the world after the United States and Indonesia.

A string of Japanese companies including Fuji Electric, Mitsubishi and Toshiba have also emerged as leading pioneers of sophisticated technology relating to the construction geothermal power plants in recent years.

However, with as little as two per cent of Japan’s potential geothermal power generation is currently being used, the nation’s power plant technology has most frequently being used to build projects overseas.

This has been caused by local resistance to such projects, with hot spring industries being protected for their tourism value. Post Fukushima the mood has altered.

Many of the projects in the pipeline – including the new Kumamoto plant – are circumventing local opposition to geothermal plants by limiting the size of operations and working closely with the community.

The launch of such small-scale geothermal power plants is key to its expansion plans, creating a new energy source while revitalising local communities at the same time, according to Chuo Electric power Co.