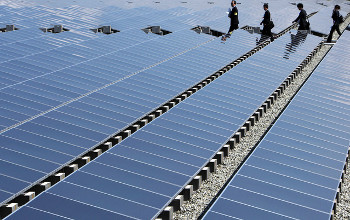 Five of Japan’s 10 utilities have announced plans to restrict grid access for solar power due to concerns that it is stressing the nation’s grid.

The influx of new renewable energy projects is due to Japan’s generous feed-in tariff scheme, with current rates set at ¥32 ($0.29)/kWh after a reduction from an initial ¥40/kWh. Projects coming online in the past two years have largely been solar, with some estimates putting the amount of solar PV as high as 96 per cent in relation to other renewable energy technologies. In total, Japan has added almost 11 GW of solar capacity since 2012, according to estimates from the Ministry of Economy, Trade and Industry, and there is an additional 72 GW in the pipeline. In some regions, new solar capacity reportedly exceeds customer demand.

This rapid growth in solar capacity is now straining the nation’s grid, creating problems for utilities which are required by law to maintain grid stability despite the influx of variable renewables.

On 24 September, Kyushu Electric Power said it will defer granting grid access to new projects until a review of how much more renewable power it can take on is completed. The utility received around 70,000 grid access applications from solar projects in a single month earlier this year. A week after the announcement, Shikoku Electric Power followed suit.

Meanwhile, in a move aimed at slowing project development, reports indicate that as part of its yearly tariff review, Japan may revise its incentive scheme to offer a lower fixed price for solar power.