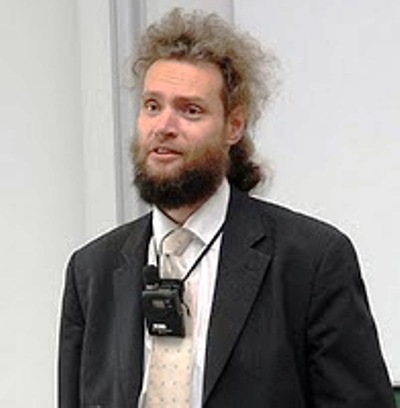 The Irish government has reacted vigorously to suggestions from a leading academic that they will be “selling the family silver” by giving the go ahead for the Energy Bridge project, involving the export of wind power from the country’s midlands to the UK.

A top official in the Irish Ministry for Energy also said that “there will be no Irish tax payer’s money going into any subsidy of wind for export” and added that if the UK wished to subsidise the exported wind they were free to do so.

Dr. Richard Tol, economics professor at University of Sussex and formerly of the Economic and Social Research Institute told the BBC last week that it was a “good deal” from the British perspective, but “there is no money staying in Ireland that I can see.”

Simon Nugent, Special Adviser to Ireland’s Minister for Energy Pat Rabbitte told Power Engineering International (PEi) that no agreement had yet been made to export wind power, even though a Memorandum of Understanding to work together on renewable energy trading was signed by the Minister and UK Energy Secretary Ed Davey (pictured above) last week.

He said that Professor Tol “shows a poor understanding of what is envisaged” adding, “you can bet Ireland will only take it to the next stage of intergovernmental agreement if it is a win-win. In other words if there is something in it for Ireland Inc as well as there being something in it for the UK.”

Meanwhile Professor Tol (pictured below) has also been critical of one of the prime developers for the project to export wind energy to the UK market, Mainstream Renewables, stating to PEi that “only a few maintenance jobs will be created and a few more in construction”.

This is contrary to Mainstream’s assertion that up to 40,000 potential jobs can be created by setting up a wind power manufacturing base, aimed at providing a solution to Britain’s forthcoming energy shortfall.
He said the job projections “were based on the turbines being made in Ireland, but why would turbine makers go there? 5000 MW is small relative to the European market and export from Ireland is expensive.”

“Across the world, wind power survives by virtue of very generous subsidies. Ireland is no exception. Their numbers are just not credible. They make these claims in the hope of convincing Pat Rabbitte’s voters to talk him into giving more subsidies.”

Responding to these contentions Mr Nugent said, “It’s not true to say that wind power is sold at a loss. There are subsidies for wind but then there are subsidies for all kinds of energy depending on how the market is structured in different countries. What is absolutely clear here is that for any wind energy that was being exported from Ireland to the UK there will be no Irish subsidy involved. If the UK chooses to subsidise it because they want the green energy then that’s their decision. There will be no Irish tax payer’s money going into any subsidy of wind for export. That’s an absolute starting point.”

The ministerial aide told PEi that both governments would continue to explore and negotiate possibilities including the export of wind power throughout 2013, before coming up with the basis for an intergovernmental agreement in early 2014.

“We’re not at the stage of individual projects being confirmed or sanctioned in any way. What we are discussing is how this will work from a technical, and engineering and economic and markets point of view.”

In reference to the possibility of royalties for wind power, he added, “There certainly is renewable benefit for green energy that is traded overseas and it is certainly possible that some portion of that renewable benefit could adhere to the Irish economy rather than the individual developer. That’s the sort of thing that will be explored through discussions on the over the next 12 months.”

Diarmuid Twomey, Development Manager for Ireland Mainstream Renewables, told PEi that there are compelling reasons why the Energy Bridge project and a subsequently established wind power manufacturing base could become a reality in Ireland.

“The UK, with 40 per cent of all renewable expenditure in the world at the moment, is the largest market for renewable energy worldwide. By receiving an order of the magnitude of 5000 MW, Energy Bridge will trigger the capital expenditure to produce installations here in Ireland and the longevity of supply will come from that offshore market in the UK.

“The Irish system is oversubscribed and we would be up to 50 years waiting to have our application processed, while conversely the UK are drastically behind on delivering their renewable targets by 2020. They also have a significant shortfall in energy supply coming up between 2016 and 2020 and this is why the British have signed this MoU. In fact earlier this year they called for all neighbouring countries surrounding Britain for evidence that they could assist them.”

“The point we are trying to make is that 5000 MW would trigger the requirement of many of the subcomponent manufacturers to relocate manufacturing here as opposed to taking on the high costs of shipping to Ireland.

Mr Twomey revealed to PEi that the company were currently in negotiation with various suppliers including the world’s largest blade manufacturer with a view to relocating to Ireland’s East Coast for the purposes of the Energy Bridge project.

“For European projects this (unnamed) company are exporting from Poland. Their tipping point would be the need to ship 300 units from Poland to Ireland and at that point it would trigger the requirement to build locally, because of the cost of shipping those components.”

“Without a shadow of a doubt, a certain percentage will come in. It all depends on what that percentage is. Final turbine assembly will be very difficult for us to attract, but everything downstream of that will be far easier to achieve.

“If we can get up to 80 per cent of the supply chain into Ireland, as they can in the likes of Denmark or Germany, then we could hit 40,000 jobs on it.”