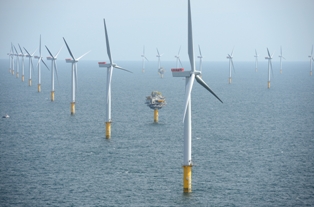 Bloomberg reports that Statkraft plans to sell $1bn to $1.5bn worth of the assets, quoting unnamed insiders to negotiations.

No final decisions have been made, and the companies could still decide against a bid, the people said. A spokesman for Statkraft said the company couldn’t comment on an ongoing process, beyond saying that it hopes to wrap up the sale “around New Year’s.”

The Norwegian state-owned energy company is selling its 40 per cent holding in the Sheringham Shoal wind farm and its 30 per cent stake in the Dudgeon project. The company decided in 2015 to halt new investments in offshore wind power, which it deemed too capital intensive. Chief Executive Officer Irene Egset said in July that a process to divest wind assets had begun.

Any deal would add to the $6bn of acquisitionsà‚ announced this year targeting European alternative energy assets. Wind-related businesses have proven popular with bidders as countries in the region push for greater reliance on renewable energy sources.