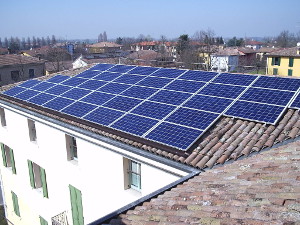 The Italian Province of Reggio Emilia has installed some 3.6 MW of solar photovoltaic (PV) capacity on the rooftops of public buildings as part of the ‘Domani splende il sole’ project or, in English, ‘The Sun Will Shine Tomorrow’.

Some 15,000 modules were supplied by the Scandinavian-German manufacturer Innotech Solar to the large-scale project which saw 100 solar systems installed on the roofs of schools, sports centres and town halls.

The project was designed and planned by Agac Infrastrutture, the management company of the 45 municipalities in the Province of Reggio Emilia, and Iren Rinnovabili, the division of utility company IREN SpA. The bank ‘Banco Emiliano’, which is also based in the Province of Reggio Emilia, financed the initiative. It is expected to generate more than 4400 MWh of electricity each year.