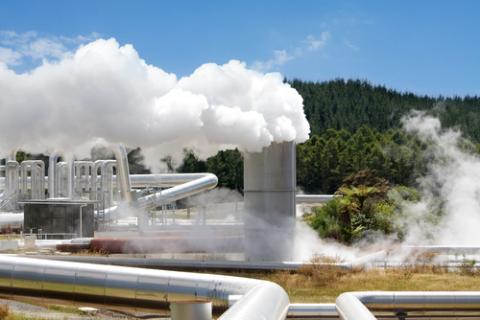 Nine geothermal power projects totalling 1000 MW are currently in various states of progress in Indonesia as part of the government’s strategy to increase the extent of renewables in its power mix.

The nine geothermal power plant projects have an estimated cost of $2.29bn and are being developed by state oil company Pertamina. State-Owned Enterprises Minister Dahlan Iskan told the Jakarta Post: “This shows very good progress because a number of the projects had been delayed for a long time due to various problems.”

Pertamina previously stated that overall development of all the projects would take between five and eight years.

Three geothermal power plants in Patuha and Cibuni in West Java, and Ulumbu in East Nusa Tenggara, with a total capacity of 62 MW are set to start operating soon, boosting the country’s total geothermal capacity to 1405 MW by year-end.

As part of its new energy policy, the government is targeting up to 9500 MW in electricity produced from geothermal power plants by 2025.

Indonesia’s new energy policy outlines that the use of renewable energy will be increased from 6 per cent at present to at least 23 per cent by 2025, and at least 31 per cent by 2050.