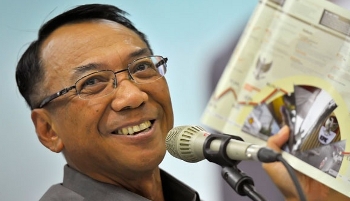 The Indonesian government has voted in favour of removing a significant obstacle to developing the country’s geothermal power potential.

The new law was passed by the House of Representatives this week and it stipulates that geothermal activities are no longer considered under the umbrella of mining.
In practice it means that development of geothermal resources can be carried out in forest conservation areas. Under the Forestry Law, mining operations are prohibited in protected forests.

“We have huge potential but development has remained low due to environmental concerns,” Energy and Mineral Resources Minister Jero Wacik said in a parliamentary speech. “This has now been changed and we hope it will create a new era in geothermal development.”

The Jakarta Post reports that Indonesia can potentially produce 29 GW of electricity. However, current utilization is no more than 5 per cent of the potential as only 1341 MW of electricity are produced from existing geothermal plants.
The Energy and Mineral Resources Ministry has offered 58 geothermal working (concession) areas for development, but only nine of them are already in production. The remaining 49 have remained undeveloped, either because they are located in protected forests or due to electricity pricing problems.

Jero said that with the passing of the new law, the pricing problems would be resolved as the new law also included guidelines for the establishment of an electricity-pricing policy applicable to both investors and the buyer, state-owned electricity company PT PLN.

The ministry’s director general for renewable energy, Rida Mulyana, said the new Geothermal Law, which replaces previous Law No. 27/2003, would also offer benefits to locals as it required the developers of geothermal power plants to allocate “production bonuses” or part of their revenue to local communities.