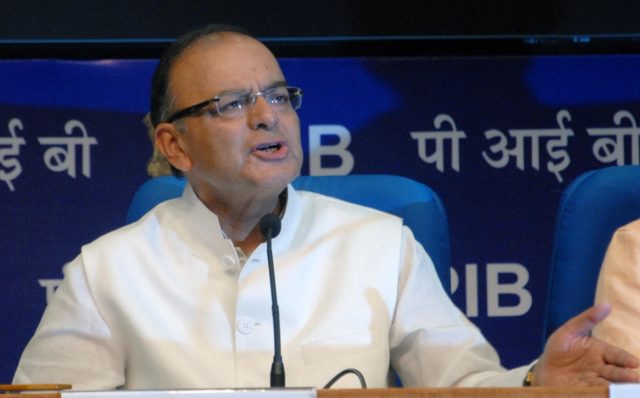 In a move that some say will be difficult to follow through, India’s finance minister has announced that the nation aims to install four times its current renewable power capacity by 2022.

Minister Arun Jaitley (pictured) said in his annual budget speech on Saturday that the nation’s renewables goal for that year – which will mark India’s 75th year as an independent country – is 175 GW. To reach this amount, India plans to add 100 GW of solar photovoltaic capacity, 60 GW of wind capacity, 10 GW in biomass installations and 5 GW of hydropower.

The far-reaching plan constitutes part of Prime Minister Narendra Modi’s goal to provide 24-hour power, clean drinking water and a toilet for every home by 2022. Currently, around one third of India’s homes are without electricity.

Some commentators say the government has given mixed messages, with cuts also proposed to the tax breaks that have supported renewables development to date. Others have simply noted that the target is “quite ambitious”, as Ashish Sethia, an analyst with Bloomberg New Energy Finance, has said. India currently has around 34 GW of renewable power capacity installed, and Sethia was quoted as saying that, in a “good year”, 4900 MW is the top amount that has been installed. In order to achieve the new target, this number would need to be raised to 20 GW per year.

Meanwhile, India has climbed up a notch in EY’s ranking of the most attractive countries for renewables investment, scoring fifth place this month, up from sixth in September 2014. The analysis firm’s quarterly Renewable Energy Country Attractiveness Index attributes India’s progress to “significant policy, project and investment activity at both a national and state level”.