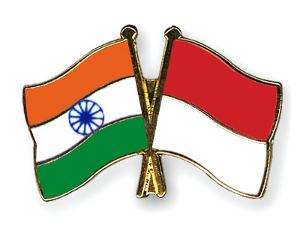 Indonesia and India signed a memorandum of understanding (MoU) this week for co-operation on new and renewable energy.

Among the areas of co-operation specified in the MoU are exchange of information and technology, technology transfer, development of joint research projects, promotion, investment, policy dialogue and capacity building.

Indian vice-president Mohammad Hamid Ansari said the co-operation will help each country to meet its emissions reduction goals ” 35 per cent for India and 29 per cent for Indonesia ” by 2030.

Rida Mulyana, director general for new and renewable energy and energy conservation at Indonesia’s Energy and Mineral Resources Ministry, said in an interview with the Jakarta Post that he aims to focus the co-operation on wind and solar power.

“India already has a lot of wind farms and about 70 per cent of its electricity from new [and] renewable energy is supported by wind power generation. I want to learn how they are able to sell the electricity at a low price à¢€” whether they reduce the tax or other systems are implemented,” Rida was quoted as saying.

He said his office is working to resolve land use issues for solar power installations, and is also considering supporting floating solar photovoltaic (PV) projects on Indonesia’s lakes, with one such pilot project planned for Bali.

“We have big lakes that are thousands of hectares in size. We can use several hectares on the surface to establish floating solar cells. We will not have land acquisition issues there,” he said.