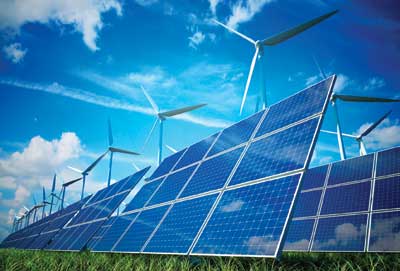 The renewable energy industries managed to withstand increased competition from the oil and gas sector to win greater investment over the last 12 months compared to 2013.

It represents a jump of 16 per cent but is still short of the record investment total of $318bn seen in 2011.

Bloomberg opined that it is probably too soon for cheap oil to have had much of an impact on renewable energy investment, but added that the effect could be muted because oil is principally used for transport and most renewables are used for power generation, so they do not directly compete.

China extended its lead as the world’s largest investor in renewable energy, committing about $89.5bn, with the US in second place with investment of $51.8bn, according to the survey, which is the industry’s standard source on commitments to “clean” energy including renewables and efficiency improvements.

The data show how government policies including regulatory mandates, tax breaks and other subsidies are still critical to the success of investment in renewable energy.

However the costs of renewables continue to fall as innovations add up. Worldwide about 100 GW of solar power and wind power capacity were built last in 2014 — roughly half of each — up from 74GW in 2013.