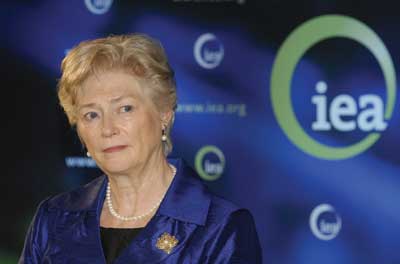 “The fact that German electricity prices are among the highest in Europe, despite relatively low wholesale prices, must serve as a warning signal,” said van der Hoeven as she presented a report on the country’s energy landscape in Berlin alongside German economics minister Philip Ràƒ¶sler.

The IEA have found that German household consumers carry a disproportionate share of the burden for the policy and while commending Germany’s efforts to build a low-carbon system, were keen to caution that electricity must remain affordable.

The Paris-based agency has also warned against sudden changes to renewables support schemes.

So far, German consumers have absorbed the costs of the country’s Energiewende, its transition away from nuclear to a power supply based on renewables, via a renewables surcharge on electricity bills. Meanwhile there is growing debate about about discounts given to industry, which have been financed in part by higher power bills for consumers as well as the tax surcharge.