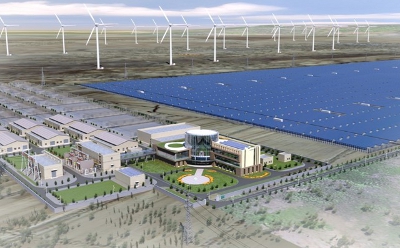 A new technology, called Hybrid Renewable Energy Forecasting, or HyRef, is being targeted at wind farms, and looks set to optimise outcomes for wind power generation.

The weather modelling and forecasting technology, developed by IBM, is being refined to monitor wind speed, temperature and direction and will later be adapted for solar power.

Greenbiz reports that it is already being used at the 670 MW Zhangbei demonstration project in China and ultimately the technology, married to analytics and cloud services, will lead to a smarter electrical grid.

State Grid Jibei Electricity Power Co., a subsidiary of the State Grid Corp. of China, is using HyRef to support a 10 per cent increase in the amount of clean, renewable energy being added to the grid. The idea is to use as much wind and solar electricity as possible, without having to curtail production.

By coupling the sensor-collected data with information about movements of clouds in the sky, operators can better manage the performance of individual wind turbines, and closely estimate how much renewable energy will be generated in the coming hours. This will allow utilities to more accurately assess how much electricity must be stored or redirected to the grid. All this information is critical as communities seek to integrate more intermittent generating sources into the power infrastructure.

“The heart of the problem is around predictability,” Lloyd Treinish, a leading IBM engineer told Greenbiz. “Accuracy within power forecasts is required for these intermittent generators to be usable on the grid.”

Usually, sensors are focused mainly on telling operators what already has happened or is happening, but HyRef is meant to heighten the value of that information by offering educated insight into future conditions at intervals that approach real time.