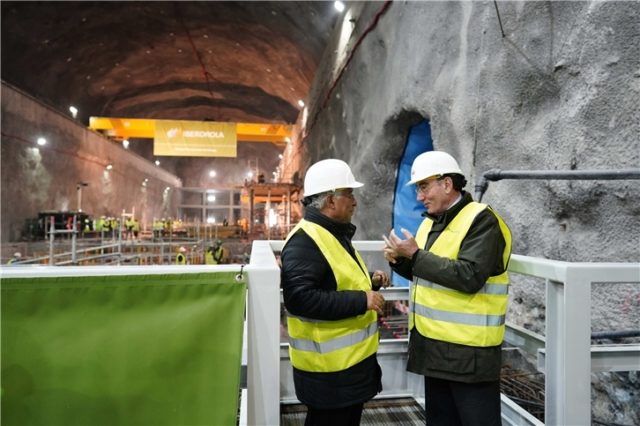 In Portugal, Spanish multinational utility Ibderdrola has won a contract to develop a hybrid project comprising 83MW of photovoltaic and 14 MW battery storage capacity in the Algarve.

Iberdrola has won the contract in Portugal’s latest capacity auction.

The 14MW energy storage system will stabilise the system and manage discharge into the grid at times of high demand.

With this latest award, Iberdrola will reach a total of 1,519MW of renewable capacity in Portugal of which 1,158MW is hydroelectric technology, 255MW photovoltaic, 14MW battery storage and 92MW of existing wind energy in operation.

Iberdrola is investing over €1.5 billion ($1.7 billion) to construct three hydro power plants (Gouvães, Daivões and Alto Tâmega) with a combined capacity of 1,158MW including a pumping station, which will become one of the largest energy storage facilities in Portugal.

In addition, the company is progressing the development of 172MW solar capacity awarded in August 2019 in the Algarve and Tagus Valley regions and already operates three wind farms with a total of 92MW capacity, involving an investment of €200 million ($236.8 million).

With the Tâmega complex and the new solar capacity awarded, Iberdrola – which has reduced its emissions in Europe by 75% since 2000 – is contributing to Portugal’s commitment to achieving carbon neutrality by 2050.

In the Portuguese electricity market, Iberdrola leads the industrial – large consumer segment, with a market share of 28% while serving around 400,000 electricity and gas customers.

The company also has the country’s third-largest market share in terms of electricity customers (5.9%) and the second-largest in demand (5.7%). In Portugal, Iberdrola contributes with an innovative and sustainable approach, selling 100% green electricity to its customers.

In addition to Portugal, the company was awarded three wind farms in Greece this summer, with a combined capacity of 98.1MW.