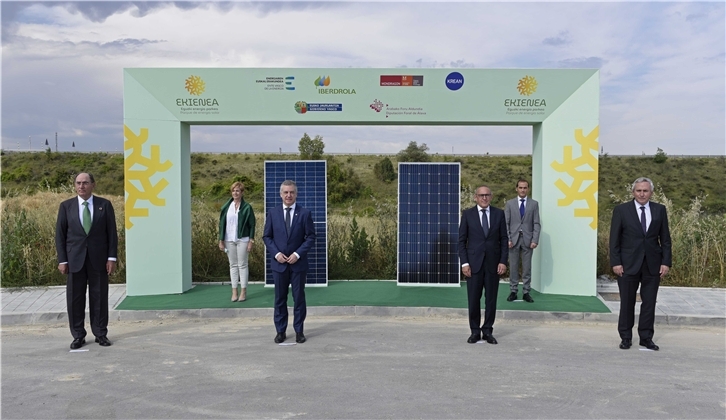 In Spain, Iberdrola has partnered with the Provincial Council of Alava and the Basque Government’s energy agency EVE to build the largest photovoltaic plant in the region.

The project EKIENEA will entail an investment of €70 million ($79 million) and will generate clean energy for more than 160,000 people – half the population of àƒlava.

The project will be located on the Lacorzana estate in the municipality of Armiàƒ±àƒ³n and will triple the installed solar photovoltaic capacity of the Basque Country. To date, Basque has a total solar energy generation capacity of 60 MW.

Iberdrola will have a 75% stake in the project whilst EVE will own 20% and the cooperative group, through Krean, has 5%.

The 100MW solar project will avoid 25,000 tonnes of carbon emissions being released into the atmosphere each year.

EKIENEA will occupy 200 hectares and will generate hundreds of jobs during its construction and in its operation and maintenance.

The project will start in 2022 and will be up and running after one year of construction, in 2023.