Spanish multinational utility Iberdrola has announced that it plans to triple its renewable energy capacity in Andalusia within the next five years.

The utility will triple its renewable potential in the region to 3000MW by 2025.

Iberdrola will invest nearly €1.5 billion ($1.7 billion) in the construction and assembly works of the renewables projects which in believes will in turn create 5500 new jobs in the region.

The move falls under efforts by the utility to lead the Andalusia’s energy transition. Iberdrola is currently the top wind power developer in the region, with an installed renewable capacity of 900MW.

The new plan was announced during the recent inauguration of the Andévalo photovoltaic plant in the municipality of Puebla de Guzmán in Huelva.

The 292MW Andévalo plant consists of 150,000 PV panels and will avoid the emission of 15,000 tonnes of greenhouse gas every year.

The installation forms part of the largest wind power complex in Western Europe developed and managed by Iberdrola since 2010. The plant will provide power for drinks manufacturer Heineken.

The plant will help decarbonise the energy consumption of Heineken’s four production plants in Spain and its offices. Heineken has set a goal to become a net-zero emissions brewery company by 2025.

Iberdrola chairman Ignacio Galán said: “The financial crisis is affecting all countries throughout the world and the solutions are the same – more investment, greater productivity and increased stability and legal and institutional security.

“But we must hurry, because investing in infrastructure like Andévalo means creating the growth and employment that we need, at the same time as building a better and more efficient country for future generations.

“The energy transition is the best way forward towards a more sustainable and healthy society, promoting responsible consumption and the circular economy and generating quality and lasting local employment”.

“To make the most of it,” said the Iberdrola chairman, “we need to attract large volumes of private investment. And that requires a long-term countrywide strategy, such as that defined by the National Integrated Energy and Climate Plan, as well as to create confidence.” 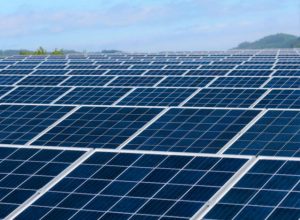