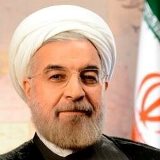 The 220 MW Sangtuda-2 run-of-river HPP, which is expected to generate 1 TWh per year, is located on the Vakhsh River 120 km south of Dushanbe. Construction began in 2006 and the first unit was launched in 2011 by former Iranian President Mahmoud Ahmadinejad.

Iran’s investment in the project amounts to $180m, under a deal whereby Iran will operate the plant for 12.5 years and then turn it over to Tajikistan, which has invested around $40m.

Rouhani and Tajikistan’s President Emomali Rahmon led the inauguration ceremony via videoconferencing. Rouhani said, “We are delighted to announce that one of the Islamic Republic of Iran’s engineering efforts is bearing fruit in this country, and a hydropower plant is being inaugurated.”