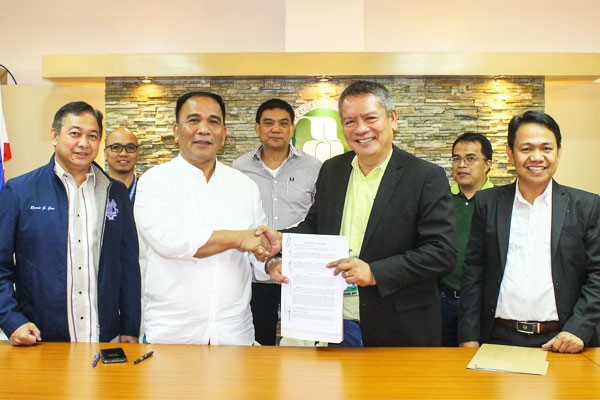 The National Irrigation Administration (NIA) in the Philippines recently signed five Memoranda of Understanding (MOU), three with a hydropower developer for the development of three small hydroelectric projects and two for floating solar projects on hydro reservoirs.

The generating capacity of these developments was not released.

The MOU with SunAsia Energy aims to pursue the development of floating solar power project at the Pantabangan Reservoir in Pantabangan, Nueva Ecija. This reservoir impounds water for aà‚ 104 MW hydro powerhouse.

The MOU with SN Aboitiz Power Magat aims to pursue the development of floating solar power project at the Magat Reservoir in Ramon, Isabela. This reservoir impounds water for aà‚ 360 MW hydro powerhouse.

Under the memoranda, the hydroelectric and solar power developers requested NIA’s permission to conduct feasibility studies to determine the financial, socio-economic and technical viability of the project, as well as the most cost-effective development, construction and operation of the power generation components. If the project is determined to be feasible, it will be commercialized.

NIA is undertaking the development of hydroelectric and floating solar power projects to explore other income sources to sustain its viability as a government-owned or -controlled corporation, according to a press release.