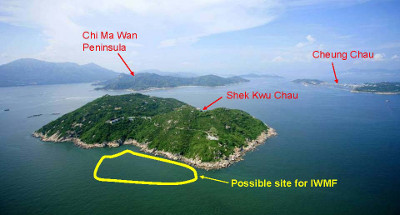 “Why does the public regularly resist the development of renewable energy?” he asked, answering that most often it is because project developers have failed to effectively engage with them. While support for renewable power in Europe is overwhelming, and in his home country, the UK, 80 per cent of the public supports it, three in four planning applications fail. According to Davison, “as soon as you get specific” about the details of a project, such as where it will be located and what technology is involved, “you lose the public”.

Interestingly, a survey of people’s objections to renewable technologies found that the same issues arose in connection with such dissimilar technologies as solar and EfW. For all renewable power technologies, the biggest objections were that they are inefficient, expensive, will bring down property values and could have health impacts.

So how can companies win over the people who influence planning decisions?

First, Davison said, it is no good making the argument for renewables saving the planet if, at the same time, you’re asking for something (planning permission) from the community, as this makes you automatically suspect. “Don’t engage with people to change their behaviour when you want something from them,” he said. And in many cases, the closer you get to the project geographically, the more people in the area will be opposed to it, and sometimes you can’t win over those people. Why, Davison asks, do companies only target their communications at people next door to a proposed plant? “People 30 miles away will take a more objective view,” he said, “and will understand that they will benefit”.

In order to communicate effectively, companies must first demonstrate to the public that there is a problem (climate change or waste disposal), and that it must be addressed. Next, the public should be involved at every level in fixing the problem – for example, with an EfW plant, it’s their waste that needs a clean, cheap and useful disposal method, and they will use the energy from it. “Take the population with you as you help provide a solution to their problem,” he said, because often “they don’t see it as their problem.”

Third, once people realize that there is a problem to be solved, show them that the company can do so. And “don’t be afraid to discuss the costs,” Davison said, as long as you also discuss the benefits. “People can get engaged in figuring out a solution,” he said.

This approach has succeeded for Davison’s firm in a range of scenarios, from wind farms to EfW, and most strikingly in the case of a UK EfW plant which burned cattle waste contaminated with bovine spongiform encephalopathy (BSE) or ‘mad cow disease’, and yet was able to be built “very quickly”.

In conclusion Davison offered, as an example of “how not to do it”, the story of Shek Kwu Chau island in Hong Kong. This proposed EfW facility will be built on an artificial island, and will burn around 3000 tonnes of waste per day. Davison said the government distributed a small amount of “paternalistic” information on the project, resulting in protests. An audience member got a laugh when he stood up and said “I’m from Hong Kong…”, but he agreed with Davison that the project had run into a NIMBY problem. “Everybody knows [the project is] good, but they don’t want it to be their problem,” he said.