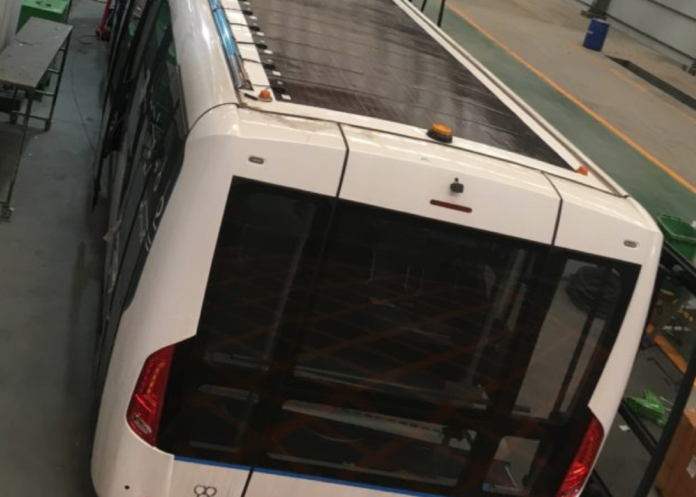 “Also, Since the airport shuttle buses operate under sunlight for a longer duration, the solar system can power the air conditioning system and extend the travelling range of the buses,” he added.à‚ à‚

As the first company starting mass production of flexible co-evaporation thin-film solar modules in the global market, Hanergy GSE’s PowerFlex series of flexible CIGS thin-film module products have the advantages of high conversion rate, heat-resistance, lightweight, ultra-thin, flexible etc. Furthermore, the solar roof not only provides electricity for the vehicle, it also fully utilizes the surface of the car roof, ensuring that it does not affect the overall design of the vehicle as well as protecting the surface of the car roof.