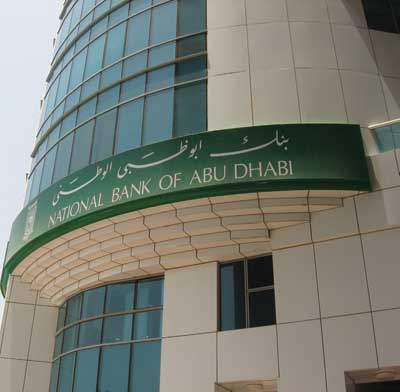 A report by the National Bank of Abu Dhabi has recommended a $48 trillion spend on increasing energy infrastructure in the Gulf States.

With energy demand in the Gulf set to triple in the next 15 years, the report says innovative means will be needed to secure investment to meet the supply required.

Any investment should go into projects that provide additional energy generation capacity and improve the efficiency of energy use, according to the report.

This puts the Gulf at the centre of a significant new opportunity in energy and these findings are set out in the NBAD Financing the Future of Energy report which was launched at the Global Financial Markets Forum in Abu Dhabi.

The report – commissioned from the University of Cambridge and PwC by NBAD, the Middle East’s leading bank, in collaboration with Masdar – sets out the changing nature of the global energy mix over the next decade, which will see an increased contribution from renewables. The report highlights the growing demand for sustainable energy, the technologies that are most likely to close the supply-demand gap, and the scale of financing required.

“We should not underestimate the scale of the task that is facing us all,” stated NBAD chief executive Alex Thursby. “To meet the significant demand for energy globally – in particular across the West-East Corridor, the rapidly growing super-region that stretches from Africa through the Middle East to Asia – we need to develop innovative approaches to financing energy projects.

“The future gap in energy demand and supply presents a real opportunity for the banking sector and the Financing the Future of Energy Report marks the start of a strategy to learn, collaborate more and to make a real contribution to helping this region meet its own energy challenges.”

Russia’s director of energy policy has said that “any crisis is always a time of new opportunities”.

Alexey Kulapin said the difficult times that the economy is experiencing provided an opportunity “to boost the modernization and technology development” of the country’s power sector.

And he stressed that a vital part of this drive would be to boost the number of domestic players in the industry.

Delivering a keynote speech on the opening day of POWER-GEN Russia in Moscow, Kulapin – who is Director of Department of Energy Policy in the Ministry of Energy – said that the power industry was facing a fresh need for “modernization and innovation development”.

“At the moment the Russian energy industry meets new challenges [and] one of the main issues is import substitution. The share of foreign technologies in certain industries is up to 100 per cent and our goal is to reduce that and implement our own solutions.”

India’s surging energy demand can “no longer be met through traditional energy sources alone”, according to a leading renewables boss.

And he added that “developments in India will strongly influence the trajectory of the energy transformation worldwide”.

Speaking in New Delhi, Adnan Z Amin, director-general of the International Renewable Energy Agency (IRENA), said: “Renewable energy must be a major part of the solution because it can meet the demand cheaply and sustainably while at the same time achieving broader socio-economic objectives.”

He told delegates at renewable financing conference RE-Invest that the cost of generating power from renewable sources has reached parity or dropped below the cost of fossil fuels for many technologies in various parts of the world.

He said that according to an IRENA report, Renewable Power Generation Costs in 2014, biomass, hydropower, geothermal, wind and solar are all competitive with – or cheaper than – coal-, oil- and gas-fired plants. “This holds true even without financial support and despite falling oil prices. Solar photovoltaic is leading the cost decline, with solar PV module costs falling more than 75 per cent since the end of 2009 and the cost of electricity from utility-scale solar PV falling 50 per cent since 2010.”

Amid added: “Falling prices are driving renewable energy investment in India, which rose 13 per cent last year and is expected to surpass $10bn in 2015. Adoption of increasingly cost-effective renewables holds the genuine promise of a new age of socio-economic development, powered by clean, increasingly decentralized and sustainable energy. The opportunity for India is tremendous.

“India has one of the most ambitious renewable energy programmes in the world, and developments in India will strongly influence the trajectory of the energy transformation worldwide. The signs of progress so far are encouraging, and the attendance here today is a testament to the recognition that renewables are a fantastic investment opportunity.

“Renewables development in India will strongly influence the trajectory of the energy transformation worldwide.”

Plans have been made to protect Europe’s power supply during a total solar eclipse due on Friday 20 March.

The eclipse is predicted to occur between 08:40 and 12:50 CET, during which time around 35 GW of solar power is expected to gradually fade from grids across Europe, and then gradually return.

Countries such as Germany, where solar power contributes around one quarter of the total energy supply, will be most affected, with a knock-on effect for the neighbouring nations connected to its grid.

A report from the European Network Transmission System Operators for Electricity (ENTSO-E) said that the nations with the highest level of solar penetration – and thus those at greatest risk of power disruption – were Germany (with 39,764 MW of solar power installed), Italy (19,691 MW), Spain (6739 MW), France (5419 MW) and Belgium (3245 MW).

While ENTSO-E said this week that it has been planning “appropriate countermeasures” for several months and that it aims to “bring the risk of an incident back to the security level equal to that of a standard operating day”, it also cautioned that “the risk of incident cannot be completely ruled out”, and that any such incident could be “serious”.

The group said the eclipse would be “an unprecedented test for Europe’s electricity system”.

When Europe last saw a solar eclipse in 1999, the bloc derived a mere 0.1 per cent of its power from the sun. This amount has now grown to around 10.5 per cent, with around 90 GW of solar photovoltaic capacity installed.

However the Solar Trade Association was adamant that the eclipse would not affect Europe’s grid stability.

Head of External Affairs, Leonie Greene, told PEi: “The grid is used to dealing with large ups and downs in demand and supply for electricity, and the fact that this event has been predicted well ahead of time will make it even easier.”

“For any individual solar site the eclipse will only last a few minutes as it moves across Europe and should not affect the stability of the network. And it is important to remember that if anything decentralised power generation like solar, as opposed to big centralised power stations, helps protect the grid from sudden outages and disruption.”

Europe is set for €40bn ($44.5bn) in investment to build new power infrastructure and save the bloc billions of euros each year.

The launch of the Energy Union strategy took place this month, with EU chiefs promising €29bn in annual savings for energy users. Initiatives involving heating and cooling, power interconnection and reduced dependency on Russian imports are all to the fore in the document’s stated intentions.

The strategy seeks to reduce import dependency through better grids and pipelines to improve energy sharing across the 28 member states. The plan would cut costs, the Commission says, by increasing consumer options, integrating renewable energy supplies and reducing the need for expensive imports.

Climate Action and Energy Commissioner Miguel Arias Canete and Maroš Šefcovic, Vice-President of the European Commission in charge of Energy Union, fielded vigorous questioning on one particular detail during the press Q&A: greater transparency for intergovernmental agreements – the move designed to allow the Commission greater control in energy supply negotiations with outside parties such as Russia.

“Europe is losing up to €40bn a year by not having a fully connected energy market,” Canete said, citing research carried out for the Commission.

Referring to the strategy as a holistic approach to EU energy management, Canete added that he was releasing a “country-by-country plan” to ensure that cross-border links equate to at least 10 per cent of a nation’s power generation capacity by 2020.

The overall investment needed in EU energy infrastructure is around €200bn between now and 2020. Of this, the cost of reaching the 10 per cent goal is roughly €40bn, the Commission says, meaning it would be swiftly offset by the savings it foresees.

The EC says 12 member states do not have enough connection to the rest of the EU electricity market: the UK, Cyprus, Estonia, Ireland, Italy, Latvia, Lithuania, Malta, Poland, Portugal, Romania and Spain.

Canete said: “After decades of delay, it is important that we don’t lose the opportunity to create the energy union. Energy islands still exist in Europe, which threatens our security and make us vulnerable.

For more information, enter 5 at pei.hotims.com

Have your say: barometer of power sector confidence launches in April

This month sees the launch of a poll of power industry professionals which will provide a comprehensive guide to confidence in the European sector.

The European energy industry is undergoing widespread changes in the way it produces and delivers electric power to industry and consumers.

This energy transition is shifting the sands under the baseload providers in the coal, gas and nuclear sectors, while renewables, smart energy systems, distributed generation and consumers are playing an increasingly important part in the electricity value chain.

As power industry companies contemplate their next important step, it is crucial that they have an understanding of the current state of the industry and a vision of where it is going. Thus research and reports are essential to support their strategic thinking.

Building on its expertise and the audience generated by its global POWER-GEN events, PennWell International is launching a POWER-GEN Confidence Index.

To ensure that the POWER-GEN Confidence Index for Europe represents the views and opinions of all aspects of the industry, PEi invites you to participate in the study.

Why contribute to the POWER-GEN Confidence Index?

1. Contribute to a ground-breaking initiative in the power sector;

2. Contribute to an authoritative and comprehensive report providing key market information and insights;

3. Have your say on the key issues facing the power sector;

4. An opportunity for your voice to be heard and for you to influence and help shape strategic thinking in the power sector;

As a power industry professional, your opinion has never been more important. Please contribute to the POWER-GEN Confidence Index to help shape the power industry of the future.

For further information go to www.powergeneurope.com/index/power-gen-confidence-index