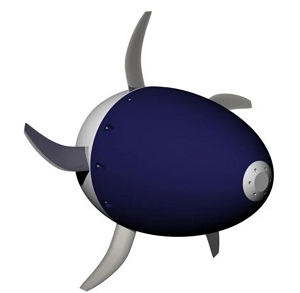 An Australian tidal energy company has agreed to develop a power grid underpinned by a tidal power installation for a town in Papua New Guinea.

Sydney-based Mako Tidal Turbines and business consultancy Kleinhardt this week signed a co-operation agreement with the government of the Autonomous Region of Bougainville for the development of a demonstration tidal power site in conjunction with a grid serving local businesses.

The installation is planned to be sited within the Buka Passage, a narrow body of water in the Autonomous Region between Buka Island and Bougainville Island, in eastern Papua New Guinea.à‚

Mako said the natural flow of the tides and currents in the Buka Passage, which is 4 km long and averages 400 metres wide and 20-30 metres deep, is ideal for tidal energy.à‚

The firm said it will initially undertake detailed resource mapping of the Buka Passage using its proprietary systems, and will separately install a tidal turbine demonstration site to provide electricity to a local shoreline business.

In addition, Mako and Kleinhardt aim to identify partners to formulate a business case for a renewables-based electricity grid to meet the needs of the 50,000 people living in and near Buka Town.à‚  Sources of funding will be investigated to ensure the grid can be upgraded to meet the needs of a growing population in the region, the companies added.

Douglas Hunt, Mako’s managing director, said his firm was “pleased that the Autonomous Bougainville Government has granted us a two-year exclusive mandate to bring together a group of leading renewable energy and storage technology providers to plan the region’s first city-scale renewable-based electricity grid, with tidal energy from the Buka Passage as a key component.”

The two-year project “will become a regional showcase of how tidal energy can benefit coastal populations by reducing energy costs for local businesses, which are the engine of economic growth and prosperity,” he added.