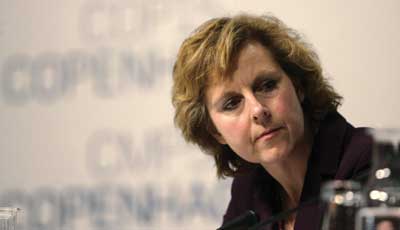 European cabinet ministers met in Brussels on Monday for the bloc’s Green Growth Summit to set out their vision for a low carbon economy.

UK Energy and Climate Change Secretary, Ed Davey, who has been instrumental in establishing the Ministerial Green Growth Group said: “Businesses and investors are telling us that the EU needs to get its act together and that we need to urgently agree a 2030 Climate and Energy Framework and reform the EU ETS. Only then will investors have the confidence to put the billions into low carbon that we need.”

Mr Davey added that, “The consequences of inaction are clear. The stakes are high, if we do not act, we could all lose out in the low carbon race.”

The Green Growth Group will use the summit to come to agreement on an ambitious EU 2030 Energy and Climate Policy Framework. The group also seeks to reform the structure of the EU’s emissions trading system and ensure the EU is in a position to put an ambitious emissions reduction offer on the table at the Ban Ki-Moon-hosted World Leader’s Climate Summit in autumn 2014.

Connie Hedegaard, EU Commissioner for Climate Action, said, “Europe is the living proof that there is no contradiction between being green and growing the economy. Actually it is interesting that some of our greenest member states in Europe also are among those with the most solid economies.

It is in Europe’s core economic interest to become more energy and resource efficient, and less dependent on imported fossil fuels. This is why the Commission is now finalising its proposal for 2030 climate and energy targets.