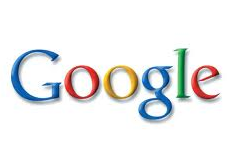 Global web giant Google has made a move into the wind power generation business having acquired California-based Makani Power.

Makani, a company in which Google (NASDAQ:à‚ GOOG) has previously invested, develops airborne wind turbines that are mounted on self-piloting flying wings tethered to the ground like a kite.

The technology is to be used by Google x, a secret facility run by Google thought to be located somewhere in the Bay Area of Northern California.

“Creating clean energy is one of the most pressing issues facing the world, and Google for years has been interested in helping to solve this problem,” Google X Director Astro Teller, said in the statement.

“Makani Power’s technology has opened the door to a radical new approach to wind energy. They’ve turned a technology that today involves hundreds of tons of steel and precious open space into a problem that can be solved with really intelligent software. We’re looking forward to bringing them into Google[x].”