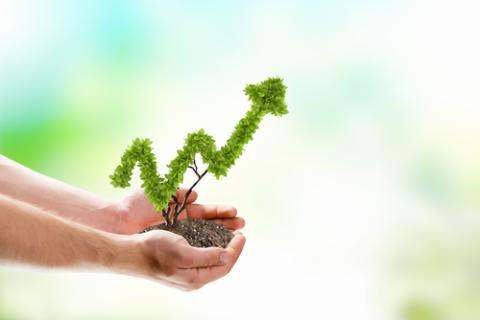 Global investment in clean energy rose 3 per cent in 2017, according to research carried out by Bloomberg New Energy Finance.

It amounted $333.5bn, the second highest annual figure ever, taking cumulative investment since 2010 to $2.5trn.

The US was the second biggest investor in clean energy after China at $56.9bn, up 1 per cent from 2016 despite the less friendly tone towards renewables adopted by the Trump administration. Markets such as Australia, Brazil, Mexico and the UAE also saw increased investment in clean energy, whereas investment declined in Japan, Germany and the UK.

Jon Moore, chief executive of BNEF, commented: “The 2017 total is all the more remarkable when you consider that capital costs for the leading technology – solar – continue to fall sharply. Typical utility-scale PV systems were about 25 per cent cheaper per megawatt last year than they were two years earlier.”

Justin Wu, head of Asia-Pacific for BNEF, said: “China installed about 20 GW more solar capacity in 2017 than we forecast. This happened for two main reasons: first, despite a growing subsidy burden and worsening power curtailment, China’s regulators, under pressure from the industry, were slow to curb build of utility-scale projects outside allocated government quotas. Developers of these projects are assuming they will be allocated subsidy in future years.

“Second, the cost of solar continues to fall in China, and more projects are being deployed on rooftops, in industrial parks or at other distributed locales. These systems are not limited by the government quota. Large energy consumers in China are now installing solar panels to meet their own demand, with a minimal premium subsidy.”

Overall, Chinese investment in all the clean energy technologies was $132.6bn, up 24 per cent setting a new record. The next biggest investing country was the US at $56.9bn, up 1bn on 2016 despite the less friendly tone towards renewables adopted by the Trump administration.

Wind energy was the second-biggest sector for investment in 2017, at $107.2 billion. This was down 12 per cent on 2016 levels, but there were record-breaking projects financed both onshore and offshore.

The third-biggest sector was energy-smart technologies, where asset finance of smart meters and battery storage, and equity-raising by specialist companies in smart grid, efficiency, storage and electric vehicles, reached $48.8bn in 2017, up 7 per cent on the previous year and the highest ever.

The results for UK investment tally with a report released by the Committee on Climate Change this week. It warned that an “ambitious” £2.5bn Clean Growth Strategy, published last October, needs further detail and does not go far enough to meet targets to cut greenhouse gas emissions by the 2020s and 2030s.