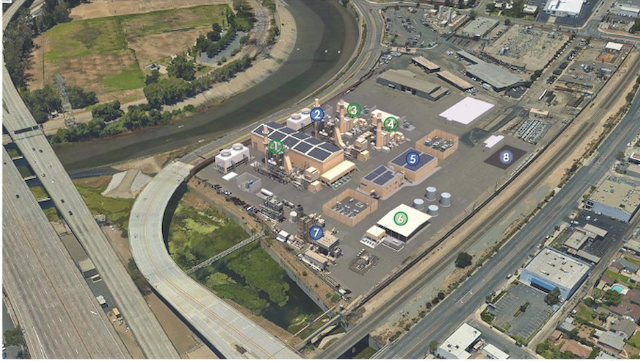 Last week, California’s Glendale Water & Power (GWP) received approval from the Glendale City Council to move forward with a plan to repower the aging Grayson Power Plant with a combination of renewable energy resources, energy storage and a limited amount of thermal generation.

The plan includes a 75-MW, 300-MWh Battery Energy Storage System (BESS), as much as 50 MW of distributed energy resources that include solar photovoltaic systems, energy efficiency and demand response programs, and 93 MW of thermal generation from up to five internal combustion engines. The City Council also directed the staff to continue to seek alternatives that would enhance the sustainability of the utility and continue to reduce the reliance on fossil fuels. à‚

This decision comes after GWP was directed by the Glendale City Council in April of 2018 to re-evaluate the evolving energy sector and determine if there were any new and viable clean alternatives to its original proposal, which consisted primarily of thermal generation with battery storage.

During the evaluation process, the public had the opportunity to provide input on and participate in information sessions regarding the City’s Integrated Resource Plan (IRP). The IRP is a planning document meant to create a road map for meeting the renewable and clean energy mandates set by the State of California by 2045, if not sooner. The repowering of the Grayson Power Plant was an integral component of the plan and unquestionably became the focal point in the discussions regarding the IRP. Community groups and residents were involved with the IRP Focus Groups, community IRP workshops, and provided input through GWP’s online IRP survey.

“Our residents have been active and engaged in GWP’s plans to pursue a cleaner alternative to the Grayson Repowering Project. This greener portfolio will allow GWP to provide its customers with reliable and environmentally sustainable power and will enable us to transition to a 100% clean energy future,” said Steve Zurn, General Manager of GWP.