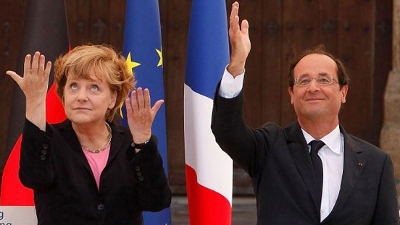 The German government has decided to come into line with the European Commission’s 27 per cent renewable energy target following talks with the French government this week.

Montel reports that Germany opted to reduce its demand for the medium-term EU renewable energy goal from its original position of 30 per cent, and will push, with France, for a 27 per cent target, according to a document published by France’s Élysée Palace this week.
Germany’s renewable energy association (BEE) on Thursday criticised the revision as a “business-as-usual” target that “lacked any ambition to grow renewable energy or improve climate protection”.

German energy minister Sigmar Gabriel said last month Berlin would push the EC to embrace a 30 per cent target, however that target appears to have been relaxed when Chancellor Angela Merkel met with French president Francois Hollande in Paris to discuss common policy positions on energy and other topics this week.