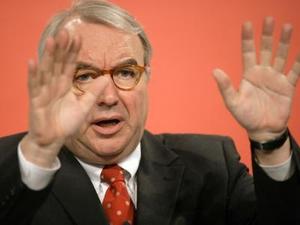 An official at the German ministry for energy has confirmed that the government is getting closer to finalising a strategy designed to keep conventional power plants open.

Reuters reports that Uwe Beckmeyer, parliamentary state secretary in the economy and energy ministry said, “We have had two studies done whose results will be put forward soon.”

Speaking at a Franco-German energy conference, Mr Beckmeyer said, “We have to develop a capacity mechanism but this has to be developed in a synchronised way with our neighbours. We need an overall system.”
“My own view is that the owners of conventional plants, those that have invested in them, must have a continued interest in keeping their plants on line,” Beckmeyer added. “We will need conventional energy in the future.”

Under such a mechanism, the government would raise funds to pay operators such as RWE and E.ON to keep open conventional power plants, many of which are loss-making.

The government wants utilities to keep gas- and coal-fired plants open to ensure a constant supply of power and cope with fluctuations in wind and solar power.

The studies will be fed to Social Democrat Economy and Energy Minister Sigmar Gabriel who has said he will talk with utilities on a capacity market in the second half of 2014.

Beckmeyer’s comments will be welcomed by utilities RWE, E.ON and EnBW, who say a capacity market is needed to safeguard electricity supply.