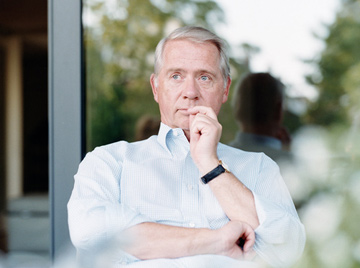 Germany is turning more than ever to utilities to help stabilize the country’s electricity grid as it endeavours to manage the volatility of renewable power.

Bloomberg reports that the Energiewende policy has meant more and more renewable energy coming on to the grid, but the intermittent nature of that power means the $1.1bn balancing market has grown in influence, with Angela Merkel‘s government paying out up to 400 times wholesale electricity prices in order to keep Europe’s biggest economy switched on.

Twenty power companies including Germany’s biggest utilities, EON SE and RWE AG, now get fees for pledging to add or cut electricity within seconds to keep the power system stable, double the number in September, according to data from the nation’s four grid operators.

The energy transition has as its goal the doubling of power from renewables by 2035, but has resulted in more power disruption over time.

Hartmuth Fenn from Vattenfall AB, Sweden’s biggest utility and a key operator in Germany said, “Today, we earn 10 per cent of our plant profits in the balancing market” in Germany.

While extremely lucrative for participants at the moment, observers say greater competition will eventually push down the balancing market payments.

“That’s in our interest as we want to encourage competition in this market,” Armasari Soetarto, a spokeswoman for the Bonn-based German grid regulator Bundesnetzagentur, told Bloomberg. “More supply means lower prices and that means lower costs for German end users.”

RWE has adapted its business to cater for the balancing market, making a $941m investment in its lignite plant technology, with the result that it is now capable of changing output by 30 MW within one minute.

The lignite generators, which have a total capacity of 10,291 MW, are flexible enough to cut or increase output by 5,000 MW on a sunny day, when power from solar panels floods the grid or supply vanishes as skies turn cloudy.
Ulrich Hartmann, (pictured above) of RWE’s generation unit told Bloomberg, “Back in the days, our lignite plants were inflexible, produced power around the clock and were always earning money. Now they are as flexible as gas plants.”