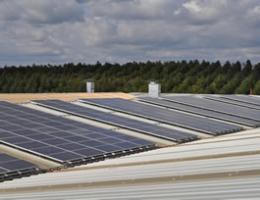 Juwi is the world’s second biggest independent contractor for and developer of solar photovoltaic (pv) projects, installing 1.35 GW (including a 1MW solar PV farm for a BHP Billiton mine in Chile), and it has also built 1.5GW of wind projects.

The mining sector, which is under pressure from rising diesel and gas costs, is the main market, with more mining companies looking to solar PV and storage in particular to deflect the rising costs of fossil fuels.

Qi Power CEO Andrew Drager said the two companies will look at projects in the “few megawatts to 20 MW” size. He said there was clearly growing interest from large, off grid power consumers, and the company had built a “substantial pipeline” of projects.