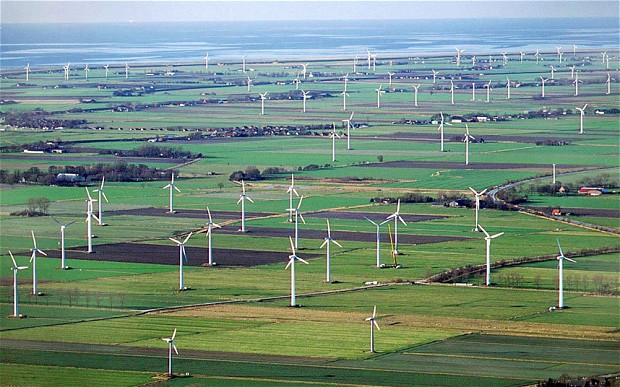 Germany has installed about one-third less onshore wind power capacity so far this year than during the same period in 2014, new analysis shows.

At 1093 MW, Germany’s onshore wind installations over the past six months have failed to beat last year’s record-breaking 1569 MW with a 34 per cent drop, the figures show. However, although it said the sector was “taking a breather”, the German Engineering Association (VDMA) noted that this year’s numbers still represent the country’s second-best period in its wind power history.

The VDMA said it expects a strong second half of the year, estimating that 2015 will end with an annual net increase of 4 GW-4.5 GW, and a total onshore wind capacity of at least 42 GW. If this prediction plays out, the group said, Germany’s climate goals will be “achievable”.

“With its strong domestic market and an export quota of up to 60 per cent, the German wind industry is healthy,” said Matthias Zelinger, VDMA Power Systems managing director, emphasizing that “the world market of 50,000 MW in 2014 is growing at an annual rate of 5 per cent. The wind turbines manufactured in Germany make a fifth of the installed capacity throughout the world in 2015.”

Hermann Albers, president of the German Wind Energy Association, sounded an encouraging note, saying: “The transformation in the electricity market is forging ahead. Cost-efficient wind energy still has great resources. Like the further expansion of bioenergy and solar energy, it is essential if we are to achieve the goals of the shift to renewable energy usage.”

But the VDMA warned that Germany’s wind sector is subject to a “boom-and-bust” market situation and growing investor uncertainty as new regulations are set to come into effect in early 2016. The German Wind Energy Association is particularly nervous about the scheduled degression in subsidies built into the Renewable Energy Sources Act (EEG), and about an expected drop in investor confidence due to new rules for non-remuneration in the event of long-lasting negative electricity prices.

Zelinger warned that a stable policy framework is crucial for future onshore wind power development, saying: “The expansion of land-based wind energy must develop equably in Germany in the future, because the wind turbine manufacturers and their whole supply chain are burdened by the continuous alternation between phases of investment restraint caused by uncertain future framework conditions and phases where there is a clearance sale atmosphere caused by anticipatory effects.”