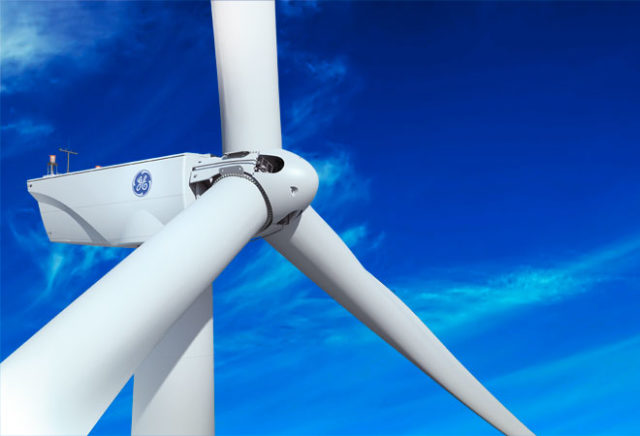 GE (NYSE: GE) has announced the opening of the 45 MW Paldiski Wind Farm on the Pakri peninsula in north western Estonia in a ceremony attended by facility owners Eesti Energia and Nelja Energia.

With 18 GE 2.5-100 wind turbines, the Paldiski Wind Farm marks the commercial debut of the company’s wind turbine technology in the country. GE representatives were joined at the ceremony by officials from Eesti Energia AS and Nelja Energia AS , the owners of the wind farm, as well as President of Estonia Toomas Hendrik Ilves.

Estonia erected a record number of wind turbines last year with a total capacity of 86 megawatts (MW) that led to the overall capacity of 269 MW.

Cliff Harris, general manager, GE Renewable Energy Europe said the turbine being used “ is a product of GE’s evolution in the wind industry and is an excellent addition to the multi-megawatt wind sector. Advancements in serviceability and grid integration from earlier GE turbine models make it a great fit for Estonia’s robust wind conditions.”