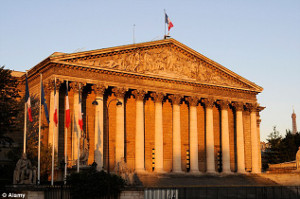 France is to double its share of solar power capacity as it continues to look at lowering its dependency on nuclear power.

The government has just passed the final version of its energy bill, which seeks to cut the share of nuclear power to 50 percent of the electricity mix in 2025, from the current 75 per cent, the highest level in the world, while endeavouring to increase its renewable energy, to account for 40 per cent by then.

The country is commissioning the new solar capacity to be built in a tender after high demand and competitive prices emerged during bidding, the French energy ministry said on Thursday.

It had launched a tender process for 400 MW of large, 250 kilowatt-peak (KWp) solar installations in September last year, and will now authorise a further 400 MW in view of offers submitted before an end-June deadline.

Almost 2,000 MW of ground-mounted capacity was offered, at prices that are for the first time as competitive as onshore wind tariffs, the ministry said in a statement.

The results will be announced in a few weeks and selected projects will have two years to get off the ground, it added.

France had 5.6 GW of installed solar capacity at end-2014, compared with 38.2 GW in Germany. Last year, more capacity was installed in Britain than in France.