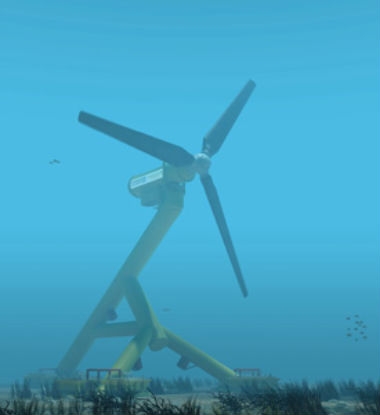 French Prime Minister Manuel Valls has announced the winners of a tender for pilot tidal energy farms in the country’s West Normandy region.

The two winning projects are a 17 MW array featuring OpenHydro tidal turbines, to be built by a consortium including EDF and French naval defence and energy firm DCNS, and an 8.4 MW array using six 1.4 MW turbines from Alstom, to be built in collaboration with GDF Suez. Both projects will be located in the Cotentin region, which boasts a sizeable tidal resource.

The announcement comes on the heels of Siemens’ decision to leave the tidal energy sector with the sale of its subsidiary Marine Current Turbines (MCT), which it has owned since 2012. Siemens said the sector’s market and supply chain development have taken longer than expected, and while it believes the industry will develop in future, for now its “limited resources” make it a non-viable niche market.