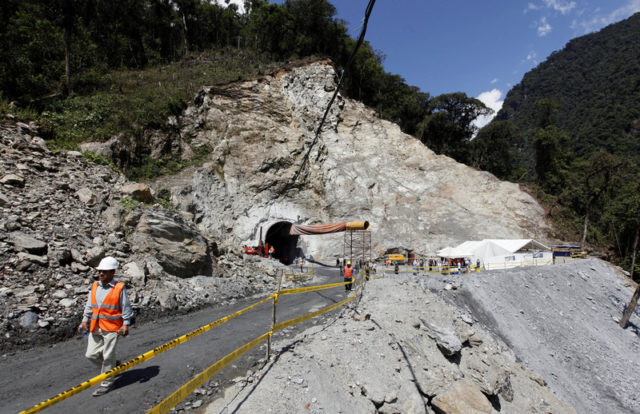 Four Chinese nationals have been killed in an explosion at the Sopladora hydroelectric project in Ecuador.

The identities of the victims have not been disclosed but their families have been notified, according to Xinhua.

The blast occurred on Tuesday at approximately 8pm local time within a vertical shaft where the four explosives experts had been working. Rescue efforts continued for over five hours before their bodies were found. No other injuries were reported and the cause of the explosion is still under investigation.

Sopladora is the third of four new hydropower projects on the Paute River. The project is an important undertaking for Ecuador, which is looking to significantly boost its domestic energy portfolio. Leading the project build is engineering and construction firm Gezhouba Group.

Upon completion in 2015, Sopladora will have a net generating capacity of 487.8 MW. The project is unique in that unlike many traditional hydropower stations, its design will not utilize a dam. Instead, the new station will use the water discharged by the 1075 MW Paute station.