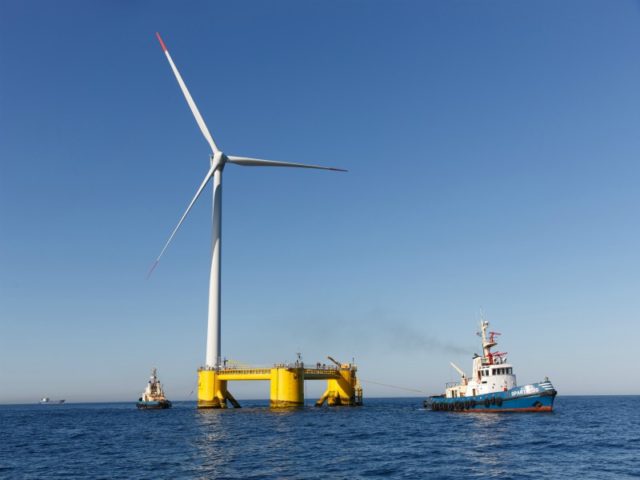 Governments in the Asia Pacific are increasingly looking into floating offshore wind energy to expand their portfolios of renewable energy capacity and ensure energy security whilst chasing net-zero targets.

A new study released by research firm Wood Mackenzie, states that floating offshore could be the next frontier in wind power development in Asia Pacific.

Although the market is still nascent, it is expected to expand as a number of developers in Japan, South Korea and Taiwan have announced plans to develop key demonstration projects.

Asia Pacific countries are expected to heavily rely on floating wind power as they will accelerate the retirement of legacy thermal power plants. New laws being adopted by countries in the region will restrict the construction of new coal and nuclear power plants hence massive investments are expected in the renewables sector.

Wood Mackenzie’s principal analyst Robert Liew, said: “This 1.56GW of new floating offshore capacity in Japan, South Korea and Taiwan will require investments of at least $8 billion. If we consider the additional 9GW project pipeline in early planning stages, total investment opportunities could be worth up to $58 billion.

“Governments in these markets are increasingly looking to renewables to fill the supply gap, but due to land constraints, scalable options are limited. Floating offshore wind is starting to gain more attention but the high cost remains a major barrier to widespread adoption of this technology.

“To ensure the long-term sustainability of floating offshore wind, prices must come down significantly to at least be competitive with new-build gas power.”

Another key market barrier is the high uncertainty over project costs.

Wood Mackenzie expects average capex costs of floating offshore wind plants in the three pioneering markets to decline by around 40% to $2.6 – 4 million per MW by 2025-2030.

Policies adopted by Japan and South Korea are expected to help address the cost challenge.

In Japan, a feed-in tariff is available for floating projects compared to grounded offshore projects which are moving to price discovery through auctions. A small-scale 22MW floating wind auction in the Goto Islands is also testing whether prices can be lower than the current feed-in tariff. In South Korea, floating offshore projects can be awarded higher weightings of renewable energy certificates depending on the distance between interconnection facilities.

“The Japanese and Korean governments are keen to establish a floating offshore supply chain hub for the region and potential future exports to other markets. This could also contribute significantly to lowering costs.