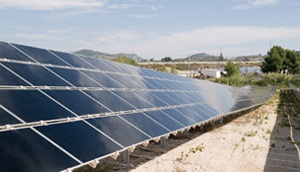 The solar farm in Kitakyushu-shi is expected to start operating early next year in Q1 2014 and will utilize First Solar’s CdTe thin-film PV modules.

The project is 100 per cent owned by First Solarà‚ and is being built by Japanese construction firms Obayashi and Yaskawa Electric.

“We are honored to begin our long-term strategic investment inà‚ Japanà‚ with theà‚ Kitakyushu-shi project.”