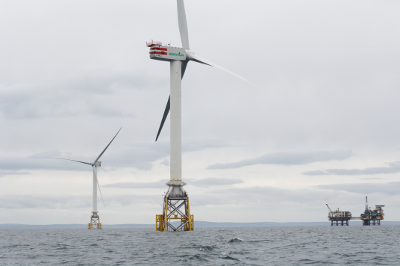 Developer WPD has announced that it has secured funding for the next phase of Germany’s €410m ($456m) Nordergründe offshore wind farm, including loans from KfW IPEX-Bank and the European Investment Bank (EIB).

The 111 MW project represents the first time that all major elements of an offshore wind park will be supplied and installed by German manufacturers, all of which have facilities located in the northwest of the country. The wind turbines are to come from Senvion (pictured), the foundations from Ambau, the substation from BVT, the cabling from NSW and the installation will be performed by Bilfinger.

Offshore construction work is set to begin in March 2016 and the project will be completed and grid-connected by the end of that year, WPD said.

The wind farm will feature 18 Senvion 6.2 MW turbines in depths of up to 10 metres within the German North Sea’s 12 nautical mile zone.

Germany is set to add 2071 MW of offshore wind power this year, an almost fourfold increase from the 529 MW added in 2014.