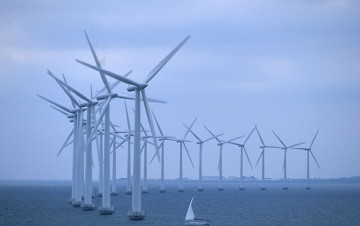 Government figures released this weeks in the annual Digest of UK Energy Statistics show that electricity production from renewable energy sources in 2012 was up by almost 20 per cent on the previous year and accounted for over 11 per cent of all electricity generated in the year.

It is being heralded as an important step towards Britain’s energy independence by RenewableUK.

Maf Smith, Deputy Chief Executive of RenewableUK said in an emailed statement, “These figures confirm the recent trends we have seen that show renewables, and especially wind, playing an ever-increasing role in our electricity generation. With wind generating around half of electricity from renewables we are leading the charge in the race to decarbonise our electricity market.”

“These figures also show that as a country we are becoming increasingly dependent on expensive imported fossil fuels, with a rise to over 40% in the amount we depend on fossil fuels brought in from abroad. This yet again shows the need to continue to build on the success we have seen in renewables as a way of helping us achieve energy independence.”