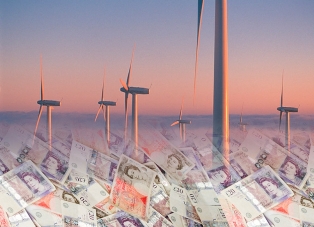 EY has released its latest report on the global power and utilities sector and it makes for encouraging reading for companies participating in the renewables sector.

The consultancy’s analysis found that the main drivers were again the trend in the developing world to opt for renewable options as well as the need to meet soaring demand in emerging markets.
Investors are particularly interested in those clean energy assets backed by power purchase agreements (PPAs) that provide stable, long-term returns, according to EY figures.

At a government level the picture is changing with Germany, the UK withdrawing support for the sector and France and Italy announcing new targets for funding. EY predicts that some investors will redeploy capital from countries with withdrawn regulative incentives towards countries with “more supportive environments”.

Their forecast is also for Brexit to have a negative effect in the short term as planned investments and financing of energy infrastructure in the UK are delayed, with investors expected to demand higher returns due to the current ambiguity of the Government’s long-term energy policy.

A large proportion of investment in the Asia-Pacific has been due to the booming demand for thermal generation and renewables deals, particularly in China and India, while investment in clean energy is also rising in Africa and the Middle East. EY comments on a positive outlook in Africa, with rising energy demand and supportive government policies set to spur investment in renewables across the region.

In the Americas, where US consolidation remained the dominant driver, the adoption of renewable energy and opportunities created by new energy technologies have continued to push sector convergence, as witnessed by Elon Musk’s merger of Tesla with Solar City. US renewable investments are expected to grow as the Government shoots for clean energy generation targets to 50% by 2025.

Clean energy investment in the second quarter of 2016 reached $61.5bn, 32 per cent below the $90bn spent in the equivalent period of 2015, according to the latest data from Bloomberg New Energy Finance (BNEF).

A major UN-backed report found that renewable energy sources added more generation capacity than all other technologies combined in 2015, with a world record total of £286bn invested in renewables across the globe.