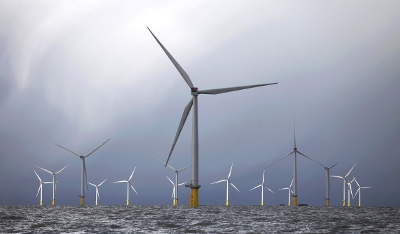 A planned 240-MW expansion of the UK’s London Array offshore wind farm has been cancelled due to environmental concerns.

In an announcement today, the London Array’s owners Dong Energy, E.ON and Masdar stated that they are terminating their lease on the area of the Thames Estuary reserved for new development and cancelling the grid capacity they had reserved for the project, which would have brought the wind farm’s total power output to 1 MW.

At issue is the expansion’s potential impact on a bird species, the red throated diver, which winters in the area. The companies said it would take until at least 2017 for studies to assess the impact, and that there is “no guarantee” that conditions would be satisfied at the end of that time.

In what some see as a further blow to UK offshore wind, the Forewind consortium of RWE, SSE, Statkraft and Statoil has revised the development potential at its Dogger Bank offshore wind site from 9 GW to 7.2 GW. Forewind said today that “the developer’s focus should be on those projects which are most likely to achieve a positive financial investment decision at this time”.

The UK has targeted 10 GW of new offshore wind capacity by 2020.