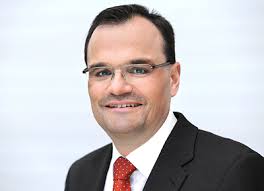 The appointment comes in the same week that Siemens infrastructure chief Roland Busch expressed doubt that renewable power such as wind could eclipse conventional fossil fuel power as the foremost means of generating electricity over the next two decades.

Dr. Tacke was elected by EWEA‘s Board of Directors, which is comprised of corporate members, national associations and other organisations.

Upon his appointment, he said: “This is an exciting moment in time for the wind industry and I am looking forward to the task ahead. One of the first major challenges will be securing an ambitious 30 per cent renewables target in the 2030 climate and energy framework to be agreed by Heads of State and Government. This will give the wind energy industry a springboard for the post-2020 environment.”

Dr. Tacke took the helm at Siemens Wind Power, a division that specialises in turbine manufacturing, on 1 August, 2013. He succeeds current President Dr. Andrew Garrad, who has served in the post in 2013 and 2014.