European international oil companies are leading their US counterparts in terms of progressing renewable energy strategies.

According to analysis by research firm Global Data, the top six European firms have over 28GW of renewables capacity in the pipeline, with BP, Total and Equinor making up over 70% of this.

However, the scale of these companies’ developments still lags behind major power sector incumbents.

Will Scargill, managing oil and gas analyst at GlobalData, said: ‘‘International oil companies’ current development portfolios are still significantly smaller in scale than those of incumbents in the power sector. However, long-term targets suggest an ambition to make up this ground – with BP’s 2030 target of 50GW significantly exceeding Orsted’s target of 30GW.

“The rapid build-out of European International oil companies’ renewable portfolios is encouraging as they look to position themselves for the energy transition.

“However, lofty ambitions do come with significant risk – particularly as they will still look to their oil and gas businesses to be the major cash generators through the medium term.

“A weak oil and gas market could leave companies unable to fully fund their renewables growth plans, leaving them with a diminished position in the overall energy market.’’ 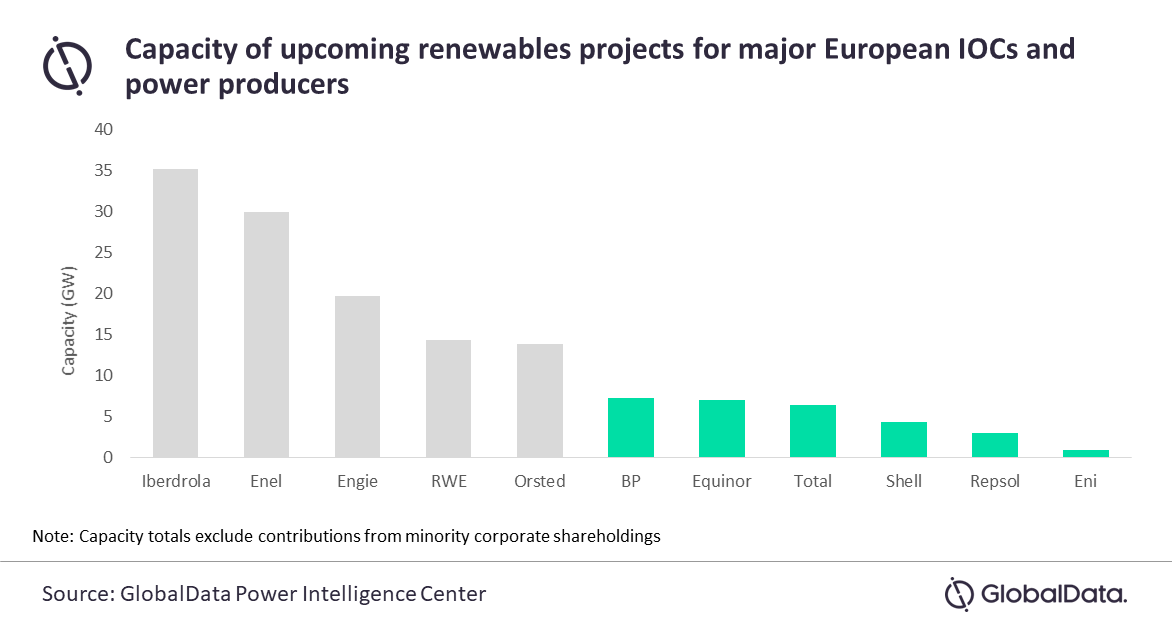 Oil and gas companies looking to transition into the renewables are making significant moves in the mergers and acquisitions (M&A) space to support their growth ambitions.

Recent months have seen Total announce a flurry of deals in the wind and solar sectors, while BP announced its entry into offshore wind with a $1.1bn deal to partner with Equinor in US developments.