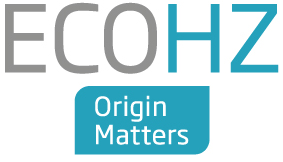 The demand for renewable electricity in Europe, documented with Guarantees of Origin, continues to grow in 2015.

ECOHZ website has released data showing Germany leading the way, with 20 per cent of all consumption documented as renewable.

ECOHZ delivers Guarantees of Origin which prove that energy comes from renewable sources. ECOHZ is the market leader in Europe, fully dedicated to delivering proof of renewable energy sources. Guarantees of Origin are issued electronically for the electricity generated (1 Guarantee of Origin per MWh), traded and redeemed (i.e. used) by suppliers as evidence to their customers of the quality of the delivered electricity.

According to the data thousands of businesses and millions of households in numerous European countries are voluntarily purchasing renewable electricity with Guarantees of Origin.

Germany, having a total power consumption of 580 TWh, is now close to having 20 % of all consumption documented as renewable.

On a European basis, the 2015 2nd quarter numbers show an increase of 25 TWh compared to Q2 in 2014 à¢€“ equaling an increase of 11 per cent. The total demand for Q2 reached a record volume of 255 TWh, according to the statistics from the Association of Issuing Bodies (AIB).

The development in 2015 follows a record-breaking 2014, during which the market experienced aà‚ 27.6 per cent growth and an all-time high of 314 TWh in demand for renewable electricity. Moreover, for the first time since 2011, there was a real balance between supply and demand.