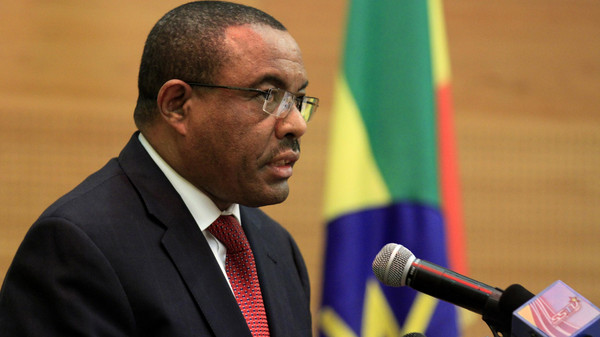 Ethiopia is facing an electricity crisis as drought continues to undermine its hydroelectric power stations.

The country, which relies on hydropower for 94 per cent of its electricity, is set for more power outages as the lack of water continues to affect Gibe 1 and 2 plants, which together can produce as much as 604 MW.

The conditions have already overseen the shutdown of the 320 MW Tana Beles plant.
Ethiopia’s Ministry of Water, Irrigation and Energy spokesman Bezuneh Tolcha told the news agency, “There has been a shortage of rain all over country. The dams have not collected as much water as they can collect.”

One example of the detrimental effects of a bad rainy season is the 300 MW Tekeze Hydropower Project in Tigray region which is currently producing just 10 MW, according to local news reports, quoting Prime Minister Hailemariam Desalegn (pictured).

Meanwhile the construction of Africa’s largest power station, the 6,000 MW Grand Ethiopian Renaissance Dam, is scheduled for completion in mid-2017 and it may annually produce as much as 15,860 gigawatt-hours of electricity.