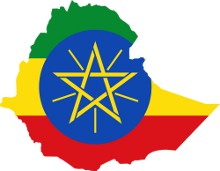 Ethiopia has followed up its initiative to develop geothermal energy by announcing the development of a new wind farm, reportedly Africa’s biggest.

The country is strategically turning to other resources in order to reduce dependency on hydroelectric power generation and simultaneously boost its capacity to 10 000 MW from its current strength of just 2000 MW.

The new 120 MW, 84-turbine Ashegoda wind farm was built by French firm Vergnet SA with concessional loans from BNP Paribas and the French Development Agency (AFD). The Ethiopian government covered 9 per cent of the cost.

The additional capacity being built into the grid will also include some from the 6000 MW Grand Renaissance Dam hydro project on the Nile.

“Various studies have proved that there is potential to harness abundant wind energy resources in every region of Ethiopia. We cannot maintain growth without utilizing the energy sector,” Prime Minister Hailemariam Desalegn said in a speech at the launch.

Ethiopia’s wind power potential is believed to be Africa’s third-largest behind Egypt and Morocco.

“It compliments hydropower, which is seasonal. When you have a dry water season we have higher wind speed,” said Mihret Debebe, CEO of the Ethiopian Electric Power Corporation. “There is harmony between the two sources of energy.”