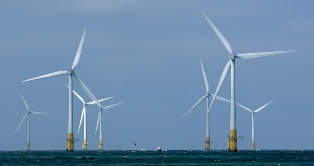 E.ON has officially opened the €120m ($162m) Karehamn offshore wind farm near the Swedish island of Oland in the Baltic Sea.

The wind farm was connected to the grid a few weeks ago following 19 months of construction.

The wind farm was built using the MPI Discovery, an ultra-modern installation vessel which E.ON had commissioned especially for its offshore wind farms and has exclusively chartered for the next six years.

It has six jack-up legs which lift the whole 140-metre long and 40-metre wide vessel out of the water to provide a stable platform from which foundations and wind turbines can be efficiently and safely installed even in rough seas.

The wind farm was officially opened in the presence of Swedish energy minister Anna-Karin Hatt (pictured).