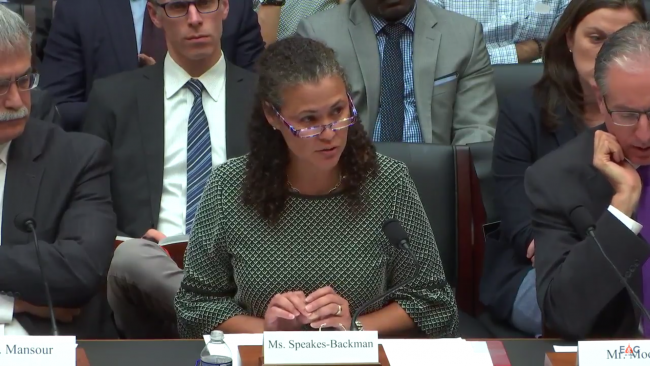 The head of the Energy Storage Association (ESA) in the US has responded to comments made by former energy secretary Steven Chu about the limitations of storage technology.

Kellyà‚ Speakes-Backman, CEO of ESA told Power Engineering International, that commentators should note the continuing decline in the price of the technology, and also the need to invest more in research and development to bolster its capabilities.

Professor Chu, who served during the Obama administration, was reported in the Australian as saying that the huge lithium-ion battery built in South Australia by Tesla boss Elon Musk had cost about 40 times as much as an equivalent power plant using an existing hydro-electric dam. He said while the costs of building battery plants were likely to halve over the next decade, the approach would never be cheap enough to accommodate the big seasonal shifts in renewable power production.
Speakes-Backman told PEi she was in agreement with Professor Chu when he stated that batteries will prove capable of providing daily storage and potentially even multi-day storage.à‚

She also concurred with him that seasonal storageà‚ will require different technologies,à‚ which could includeà‚ power-to-gas storage.

Speakes-Backman also pointed out that à‚ battery storage is already being usedà‚ todayà‚ to complement or replace existing wires and generation capacity, provide grid stabilization services, and provide onsite backup for resilience, before emphasising the relatively rapid progress being made, in tems of costs and technical development.

“It is important to note thatà‚ theà‚ cost of storage has dropped much faster than most predictions, and so evaluators and observers of this market must be nimble in their assessment of storage costs.”

“The installed cost of battery grid storage fell 50 per cent in the last four years, and this rate is likely to continue for the next several years. The result, of course, is that storage project economics are increasingly competitive.”

The ESA chief went on to add that ‘as prices continue to decline, performance rangeà‚ and durationà‚ will continue to expand.’

“This means new megawatt-scale battery storage projects are arriving with longer durations. In fact,à‚ batteryà‚ storage is being deployed economically without subsidies today,in durations up to 8 hours.”

The ESA chief concluded comments by noting that installations are already economic across the US, as evidenced by utility Integrated Resource Plans (IRPs) in states as diverse as Arizona, North Carolina, and Hawaii selecting battery storage as an economic resource.

Jeroen Buunk, energy consultant at Blueterra, which operates the Fuel Cell Energy Network,à‚ told Power Engineering International that fuel cells were capable of solving issues, beyond the capability of batteries.

“Fuel cells would be perfect to that. I would add to Professor Chu’s comments that, in the long-term, hydrogen fuel cells have a lot of potential. Excess electricity could be used to produce hydrogen via electrolysis and in times of electricity shortage used as fuel for fuel cells.”

Despite Chu’s assertions, there is some disagreement among experts on the necessity of seasonal storage under varying levels of renewable energy penetration, as evidenced in National Renewable Energy Laboratory reports.