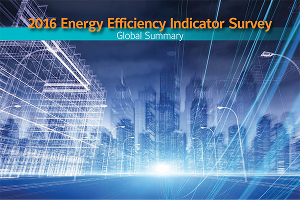 Planned investment in energy efficiency technologies stands at an all-time high, according to a recently released survey.

In 2013, 42% of companies planned to increase their investments and 37% reported paying more attention to energy efficiency, Johnson Controls said.

On the energy security question, 82% of companies said maintaining critical operations during severe weather events or extended power outages is very or extremely important when considering future infrastructure investments, while 62% said they are very or extremely likely to adapt one or more facilities to operate independently of the grid in the next 10 years.

Companies located in urban areas are more likely to invest in energy efficiency measures, the survey found. Of these companies, 39% have already invested in on-site renewable energy systems and 24% in non-renewable distributed generation.

According to respondents, the biggest barriers to increased investment in energy efficiency technologies are lack of funding, insufficient payback, uncertainty over savings and a lack of technical expertise.à‚