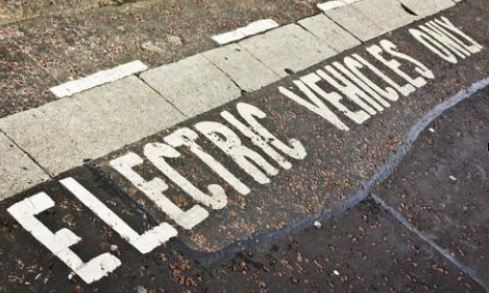 An article in Power Engineering International magazine in 2013 by Penny Hitchin identified progress in the development of electric vehicles, as well as the barriers to progress.

Four years later, despite a relative surge in uptake of these vehicles, much of the same

It’s anticipated that the evolution of the electric vehicle will transform the nature of electric power, but this evolution is unfolding at a slower rate than perhaps anticipated, or desired given the political expediency to decarbonise.

When Hitchin penned her piece, Charging ahead: EVs and the grid, there were 130,000 electric vehicles in the US. In December 2016 that figure was 542,000, according to Recode website, so there is an incremental rise, even if it’s not as rapid as hoped.

The same problems are besetting countries around the world in moving away from fossil fuels and capitalising on the extraordinary progress of renewable power. It’s a similar situation for cars.

‘Range anxiety’ mightn’t be a phrase that has caught on as yet in the greater public consciousness, which is illustrative in itself, but for many electric vehicle owners it’s an all too familiar condition.

A seamless public charging network has so far gone unrealised and for some EV drivers, their vehicles are only really to be relied upon for short journeys. There are no assurances of working or compatible chargers, and there is also concern at the cost of electricity as well as the rate at which it is dispensed. People expect to change habits to adapt to a new paradigm, but at the moment planning even a medium journey can be complicated.

At the moment despite legislation and taxation eroding the appeal of the fossil fueled vehicle it is still comparatively more attractive than its electric cousin.

Most electric vehicles need 30-60 minutes to take enough charge to achieve 60 miles of range. The conventional car takes five minutes to achieve 300 miles. Because of the underdeveloped network at the moment the possibility of pump congestion is a real one.

TSO operators point to the implications for the electric grid if the network is not smartened up to contend with increasing popularity of the vehicles, but they should rest assured that a tipping point appears some way off yet.

The Times letters page recently featured some dissent from electric vehicle owners on these issues. One individual pointed out the outlandish, hard to justify, insurance quote they received when preparing to purchase an EV. Another pointed out that the financial case was lost for a pure EV, when compared to the advantages of the hybrid.

Rather like the idealists in the power sector who believe the world is ready to go fully renewable, cheerleaders for EVs are blinded to true realities. Just as a mix of gas, nuclear and renewables seem in pole position to produce the lion’s share of the world’s power over the coming decades, while storage is perfected, the hybrid vehicle seems to be a better bet, in terms of a bridging transition, than the EV right now.

In that 2013 article, Navigant researcher John Gartner said increased battery capacity and the development of charging infrastructure are needed to allay some of this concern. He also spoke about the ability of the grid to cope with ‘clustering’ effect of large part of the population charging at the same time and what that means for transformers. In short he noted the need for intelligence in dealing with how electric vehicles impacted at peak times.

The British government has shown its concern about the slowness of uptake. In September MPs submitted a report to that effect, blaming a failure to invest properly in rapid charge points that can refuel a vehicle in minutes. A cross-party group said that ministers would fall short of a target of ensuring that 9 per cent of new cars and vans on British roads were classed as ultra-low emission vehicles by 2020.

Like the US, at first glance the figures look good. Sales of plug-in vehicles in the UK have increased significantly over the past three years, with registrations rising from 3,500 in mid-2012 to almost 70,000 last summer. It is believed that sales could reach more than 100,000 by the end of next year, with more manufacturers introducing models with a longer range.

However, before Christmas a follow up report from the environmental audit committee confirmed September’s view predicting that without reform, green vehicles would at most account for only 7 per cent of the car and van market by 2020.

Although there are more than 11,000 public charge points in Britain critics say that the different registration systems and pricing structures prevent the network from being user- friendly.

Variations of the myriad problems affecting EV progress appear elsewhere. For example, in Belgium there are around 9000 EVs and only 1500 charging stations.

In October the UK’s department of transport (DfT) began a consultation into the charging system, which is expected to lead to reforms in 2017. It said that it would set “common standards for all public charge points to ensure electric car owners can recharge anywhere, anytime”.

The DfT said that pricing was a “commercial matter” for operators but added: “We do not want prohibitive pricing to be a barrier to uptake and will continue to monitor developments.”

A DfT spokesman said: “The number of ultra-low emission vehicles on our roads are at record levels and we want to see a reliable and hassle-free public charging network so the sector can continue to grow.”

As Hans ten Berge, outgoing secretary general of Eurelectric put it in a pre-Christmas article on the subject for Power Engineering International, “Currently, electric vehicles (EVs) and charging infrastructures are a chicken-egg dilemma. Will people buy electric vehicles if they can’t charge them, and conversely, will companies build infrastructure if they don’t see EVs picking up?”

Government intervention isn’t welcomed in some quarters, but it seems prudent, given the environmental and political imperatives involved, not to leave the fate of the electric vehicle entirely to the mercy of market forces.

Gas – The second pillar of decarbonisation