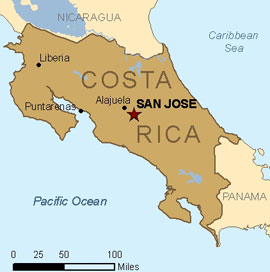 The European Investment Bank is to provide Costa Rica’s state-run utility with loan, which contributes to the country’s overall plan of being powered entirely by renewables.

The loan will enable the facility to be boosted to 97 MWfrom 42 MW, EIB spokeseperson Richard Willis told Bloomberg.

“The project will contribute to reaching Costa Rica’s challenging goal to achieving carbon neutrality by 2021,” meaning its net contribution to global climate change will fall to zero, he said.

The $333m expansion is expected to be producing power by the end of August 2018 and will include 20 new wells, according to the e-mail. It will also be financed by the Inter-American Development Bank and the Japan International Cooperation Agency.

The EIB is also considering the provision of a “sizable loan” for Costa Rica’s El Diquis hydroelectric project.